So this past weekend my boyfriend and I went with some of his family to see Straight Out of Compton. We have been waiting for this movie to come out since we saw the trailer for it a while back, so we were really excited to watch it! My boyfriend and I are huge music lovers and we especially love rap music.

If you are a big rap music lover, I highly suggest you go see this movie because it is really good! You learn the story about N.W.A (Niggas With Attitude) and how they come up through the artistry of rapping about their everyday lives growing up in Compton, California. Compton is known for its gang violence and drug trafficking going on, that not many people survive. N.W.A. consisted of Ice Cube, Dr. Dre, Eazy-E, MC Ren, and DJ Yella. Dr. Dre was good with making beats and he’s the reason the whole group got together in the first place because he has the vision of making it in the music industry and getting himself out of Compton to do better for him and for his family. Ice Cube was the one with all the rhymes and was always writing. Eazy-E was of course the one with money because he was dealing drugs during that time. He had never rapped before in his life, until Dr. Dre encouraged him to rap “Boyz-N-The-Hood” and then his rapping career took off, with that one song. Eazy-E had met Jerry Heller one day while picking up more records of “Boyz-N-The-Hood” to sell around Compton and he was the first person who believed in N.W.A. Jerry was a white man and  even police officers and his friends didn’t think that N.W.A. had much to offer because they were black and didn’t think their rapping was talent or art. Finally, however, Jerry’s friend from Priority Records is interested in them and ends up signing all of N.W.A. except Ice Cube which you will see why when you go watch the movie.

I was so impressed with the cast of this movie and how they resembled the characters they were playing so well! I also thought it was so cool that Ice Cube had his son play him in the movie, which was a role he played soo well, but of course with Ice Cube being his dad he has learned and picked up on many things because of his father. 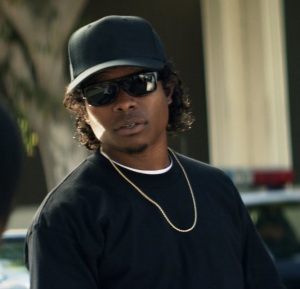 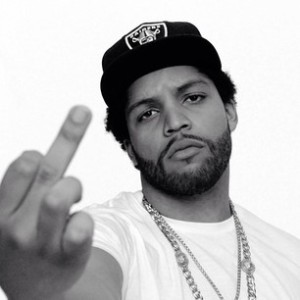 The movie was directed so well and I truly recommend that everyone go and see it! I have nothing negative to say about it because it went well over my expectations of it! In the first weekend of being out the movie earned over $50 million, which alone should let you know how good it is! The movie captures all the viewers emotions from comedy, sadness, happiness, and so forth. The story line truly portrays N.W.A’s come up from Compton and continues to share their lives with you after becoming famous. Eazy-E, Dr. Dre, and Ice Cube all end up going down their own paths but in the end, when it matters the most, they come together. I definitely think everyone should check it out for themselves and see how you like it! Of course be aware that it does show a nudity and have offensive language but these are all factors that play into the story so just keep an open mind!